An Ancient Egyptian Diet: Its Health Advantages and Beauty Benefits

Cleopatra has long been one of the premier definitions of beauty. Her early use of cosmetics and practice of traditional regimens have been adapted to modern times, which is why she remains a significant figure even up to this day.

The last queen of ancient Egypt’s beauty secrets have even been revealed by Top Inspired. All in all, it’s safe to say that more than just being regarded as the most regal woman in human history; Cleopatra was an influential person through and through.

Today, Cleopatra’s image stays as a common fixture in pop culture. From Theda Bara, to Elizabeth Taylor, to Monica Bellucci, she’s been portrayed on the big – and small – screen by some of the most beautiful Cleopatra actresses of all time.

Additionally, she’s been the basis of a Sierra Entertainment-published real-time strategy game, Cleopatra: Queen of the Nile  as well as an online slot machine game courtesy of Slingo entitled Cleopatra Plus.

However, aside from these fairly obvious references, there’s one important aspect where Cleopatra’s influence is apparent. Other than her beauty secrets, her timeless practices, and pop culture influences, she’s known to have a specific diet that contributed to her glorious persona.

A couple of staples that were on Cleopatra’s dining table were beer and bread. This somewhat odd combination was consumed heavily during that period of time and accompanied almost every meal. It kind of made sense, really, as the unused barley for bread was salvaged to produce beer.

Many people still frown upon the idea of drinking beer, however Organic Facts listed 13 fascinating benefits of consuming it in moderation. This includes, reducing the risk of cardiovascular diseases, cleansing the gastrointestinal tract, and providing anti-aging properties. In addition, they usually incorporated honey for that added sweetness. Furthermore, this sugary food substance was often linked to eternal life and everlasting beauty.

Apart from figs, olives, and leeks, Cleopatra’s diet is also associated with nuts. Back in the day, nuts were one of the most popular royal desserts in Egypt. This specific fruit is packed with tons of health benefits and components that prevent cancer. Nuts are even rich in anti-oxidants, which moisturize the skin and help maintain its glow.

Understandably, grapes were also a huge part of Cleopatra’s diet. They were used in wine-making, as well as eaten fresh. Grapes, just like beer and honey, also have cardiovascular-defying protections. They kept the Egyptian queen’s skin soft, rejuvenating her cells in the process, in the same way watermelons, coconuts, and pomegranates benefited her glowing, healthy skin.

Lastly, Cleopatra will always be synonymous with milk. Why? Because Ancient Egyptians used to make the most of cows, goats, and sheep. Due to the country’s hot climate, the liquid would go sour after just a few hours. If it didn’t turn cheese or butter, the queen would bathe in it, giving her flawless skin a more natural radiance. It also strengthened her hair and nails.

All in all, this goes to show that readily accessible food and drinks have tons of health and aesthetic advantages. It also proves that Cleopatra’s beauty regimen and diet are time-tested methods many people can still use in their everyday lives. 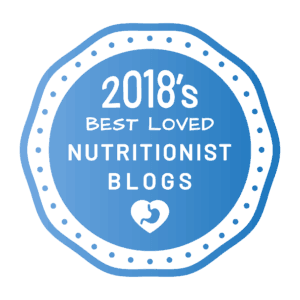